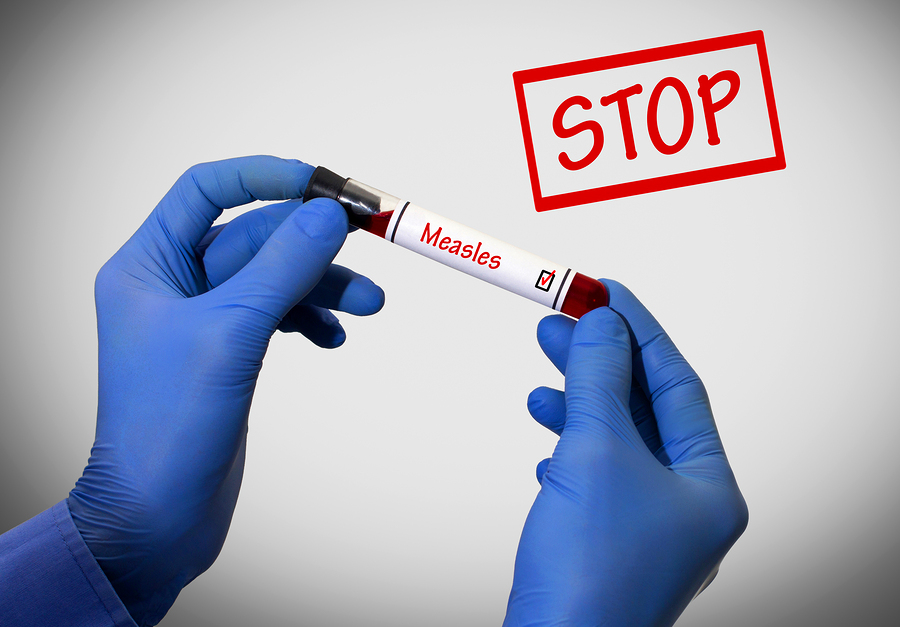 Measles is a viral infection that begins with a fever that lasts for several days, followed by a cough, runny nose, and conjunctivitis (pink eye).  The rash starts on the face and upper neck, spreads down the back and trunk, and then extends to the extremities (arms and legs) to include the hands and feet. After about 5 days the rash then fades in the same order it appeared.

That all sounds fairly benign, so why should we worry about the measles?
Here’s why!

How is measles spread?

Memphis had 3 distinct outbreaks and now 7 confirmed cases. The cases were not related to foreign travel and the health department could find no relationship between the outbreaks but are still investigating.

So what about the measles vaccine!

What about babies who aren’t vaccinated because they are too young?

Babies get passive immunity from their mothers (antibodies pass through the placenta), but no one is quite sure how long these last for. Thus this age group is very much at risk.

What other groups can’t receive the vaccine?

Pregnant women, those on steroids and other immunosuppressive medicines can not receive the MMR vaccine. This includes those individuals who have undergone transplants or are bring treated for cancer.

So the major take home point is that we need to get our children immunized with the MMR vaccine to protect them, but also to protect those in the community who are too young, pregnant, or unable to be vaccinated for other medical reasons. Stay informed by checking your local news and visiting our website for updates.